I'm not sure why we do it. We writers love to spin a twisted tale or two wherein the villain or victim is none other than dear ole' mom. What is it about this woman that makes us attach such dastardly deeds or deadly destinies to her being?

Somewhere down the line mothers were assigned the role of quintessential scapegoat, the person to whom we assign blame for everything from our genetically designed unruly hair, to our lack of cooking prowess and then some. We can't make a bed with hospital corners because Mom never showed us how. We can't strut down the catwalk like any other halfway decent model because we aren't five-foot-ten. Thanks (or not) to Mom. My, my. Why do we offspring tend to behave so badly?

Woe are the unsung heroes, the motherly warriors in the relentless battle of the bad reputation.

In my first book, Mom met with an untimely passing, leaving her teenage daughter to be raised by Grandma. Now on the other hand, the grandmas of page and stage often win the title of Savior by Default. Time and again we see the older, wiser mother-generation stepping up to fix the messes of their own mother-children. What gives?

As a creative culture we are fixated for some odd reason on the really awful mommies of the world. We're talking a fate far more sinister than the biological frizzies. The Joan Crawford, Norma Bates, Momma Lifts of the cinema. The Margaret White, Queen Gertrude, and Corinne Dollangangers terrorizing the book bindings. Are they simply a more interesting lot than the Donna Reed, Carol Brady, June Cleaver-ish mothers? Perhaps. And yet as both a mother and a daughter, I find myself baffled by the dichotomy. We adore our mothers so, so much, and yet we're often the first ones to throw them under the bus. Our mommy-manners may have gone missing.

On this weekend officially delegated to the reverence of the Mom, I suggest we stop the madness. If only for a day. Let's call a ceasefire on the bashing, the blaming, the otherwise unnecessary roughness. Let's instead fill our pages with glimpses of the truth, the not-so-titillating untold stories of the women who brought us up with ordinary loving hearts. The women through whose eyes we were taught to see the good in others, through whose words we learned how to speak with kindness, through whose arms we were shown how to hold our own babies near and dear.

The great writer Agatha Christie said: "A mother's love for her child is like nothing else in the world. It knows no law, no pity, it dares all things and crushes down remorselessly all that stands in its path."

Happy Mother's Day to each of the moms out there and a very special wish for happiness to my own amazing Mom. 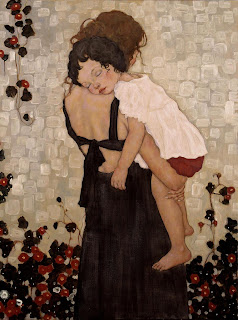