Bear with me, lovely Hookinghams, while I deviate from our regularly scheduled programming to indulge in some manuscript pitching. With two of my new book babies currently riding the Query-Go-Round, I'm always excited when I come across a new way to reach out to the pubs elite and such. Thanks to Aussie Owned and Read http://aussieownedandread.com/2013/06/14/pitcharama-its-here/ for this fun opportunity. And away we go: 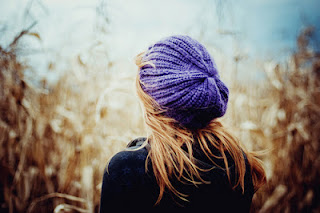 
Last night eighteen-year-old Ann Leigh was running from her boyfriend in a thick Nebraska cornfield. This morning she’s in the garden of a beautiful old palace in Portici, Italy, and everyone is calling her Ana. What transpired in between took eighteen months inexplicably gone missing from her memory. All at once she’s living with a wealthy, attractive, young Italian man named Tommy who is asking for her continued love. Though he appears vaguely familiar, she recalls a boy named Shane in America who she'd reluctantly agreed to marry. Juggling a brand new life while her old one is still m.i.a. is difficult enough as it is without the terrifying movie scenes spinning a dizzy loop in her mind: glimpses of a devastating house fire, a romance gone wrong, an unplanned pregnancy, and a fractured family - each claiming to be part of who she once was – a girl and a past she had somehow discarded.

With bits and pieces of her world strewn across two continents, Ann Leigh must try and collect them all to become whole again. But who can she believe? Can she trust Tommy once his lies start becoming too obvious to ignore? And what happened to the child she may or may not have given birth to?
Think Wizard of Oz meets Under the Tuscan Sun. The Making of Nebraska Brown tells the story of one girl’s coming apart from the inside and the great lengths she’ll go to reclaim herself and find her way home.

Okay, gang. We now return you to your typical Hook fare. Hope this made you inclined to want to learn more about Ann Leigh, Tommy and Shane. And a super-sincere thank you to those editors currently considering this work and/or who request to see more. Stay tuned for further updates. Have a great Father's Day. Give Daddy a hug from me!