Please help me welcome my Guest Blogger, my 20 year-old son, Nicholas, who wrote this Christmas tale for you today.I hope you enjoy it as much as I did!

The Christmas Heart
By Nicholas Martone 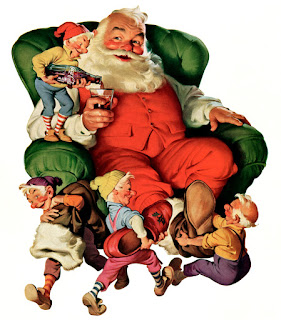 It was December 24th, Christmas Eve, and children everywhere were preparing for the arrival of their gift-bearing, bearded friend. This was true for all but one young man from a small suburban town in the Midwest. The boy was convinced that Santa Claus did not exist and even insisted that it was his parents who stayed up extra late to do the deed of present laying. After making a strong case to his parents about his beliefs, they simply laughed and rushed their son off to bed. There the boy sat and devised a plan to catch his parents in the act once and for all. He decided that he would set his alarm clock for every hour on the hour and quietly tip toe down the stairs to peak into the living room. He did just that, hour after hour, only to find sleeping parents and a tree without gifts every time. Eventually it was morning and still no presents were to be found. The boy confronted his parents who he believed had purposely disregarded their "Christmas Duty" in an attempt to outwit him!

“We would never do such a thing!” They told him. “Christmas isn't about deceit. It’s about having hope and believing that what your heart needs most of all will somehow find you.”

It was at that very moment that they all heard a firm knock at the door. The father answered the door in record time but to everyone's surprise not a soul was to be found. Not a truck, car, sled or reindeer. Just a stack of presents and a note. The boy raced for the gifts but first stopped to read the note. It said: “I didn't forget. I just wanted to help you to believe, as belief is what the Christmas spirit is all about. Merry Christmas, Santa Claus.”

It was like a light bulb had gone off in the boys head. He was enlightened. He "witnessed" the appearing of the gifts on the front doorstep all while keeping an eye on his parents. As far as he was concerned, they were not involved and that's all that mattered. He finally believed.

The boy ended up receiving everything he’d asked for, but the toys and games weren't what were most special to him. It was the "lesson" he’d learned that morning. That was the one that mattered most of all.