It had to happen. With Christmas bearing down I ventured, somewhat wearily, toward the mall yesterday to finish up with my purchases. In light of the recent mayhem in the news, I'll admit to feeling something other than merry and bright. I'll also admit to a low level of anxiety, a current akin to that of a distant engine running soft and steady. It said, "Look around you. Be aware. Not everyone is a happy shopper." Holiday music, piped in from speakers unseen, did what it could to keep spirits high. A cheerful sign reminded folks that Santa was in the building - a sign of normalcy during a suddenly strange and surreal time. I didn't follow the candy cane arrows, pointing the way toward the Jolly One himself. Yet I saw parents hustling their kids in that direction, looks of hope plastered on tiny faces. I went about my business, systematically aiming for a quick and painless exit. It was the last store I stopped in. The one with the longest check-out line. That was where I saw them. Two moms, two small children tucked between them. They spoke to one another and I couldn't help but overhear.

"I thought he was going to ask Santa for that video game he wants," one woman said to the other. "It was what we'd rehearsed that he'd say. But when he sat down the first thing he did was to ask Santa to help those children in Connecticut. I was stunned, frankly. Then he wanted to know if Santa was crying. I told him that Santa just had a little dust in his eye."

I imagine that particular Santa Claus had heard his fair share of wishes for fire trucks and dolls, video games and toys of all kinds; most reasonable requests. Standard operating procedure. Still...these are not standard times, are they? Life dictates that we digest tragedies gingerly but with all due haste. Because, in as much as it's an imperfect plan, life goes on. Holidays come along in spite of unexpected wishes whispered from the mouths of babes. Or from the hearts of mankind. Mornings arrive drenched in a misplaced sun, seemingly idyllic innocent hours following the very darkest of nights.

And so I pause momentarily to mourn, to lick invisible wounds, to wonder if Christmas will feel the same to children here and there. And to grown-ups everywhere - with dust in their eyes. 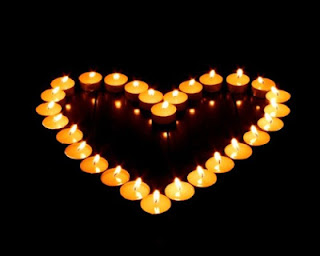