Ask any writer when their Muse typically visits and you'll hear such replies as: "When I'm driving," or "When I'm showering." Yes, our fair Creative Creatures have an odd sense of timing when it comes to delivering divine doses of literary splendor. Some have a tendency to creep up in the wee hours of the morn, commonly sometime just after midnight when the writer is tucked away in another night's slumber. I've been privy to this particular happenstance. Most often I'll awaken, even if only for a few minutes, to entertain the ideas as they are laid out before me. And I'll jot them down on the notepad at my bedside, right? Nope. Up until a short while ago I was more than capable of committing these lovely  little ditties to memory, more than sufficient at rising the next morning to find them waiting in tact in the sleepy-eyed recesses of my mind. But, that was then... 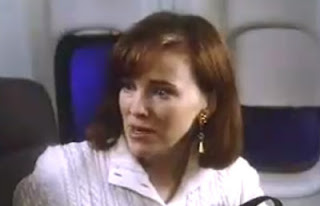 They say the memory is the second thing to go. What's the first, you ask? Well, that depends on who is giving the answer. It isn't relevant to this conversation anyway. No matter what order of appearance. No matter its rank. The act of recollection is a thing of fleeting beauty. And as with most of life's little beauties, allow me to be among the first to tell you. Eventually it begins to slip. Here's another newsflash: You don't have to be older than dirt for this to apply to you. You don't have to be hurried, harried or otherwise overwhelmed. And it isn't always the big things you forget (like your kids, as Mrs. McCallister did - shame on you, dear woman!) It could be something as simply sinister as the placement of a small yet (somewhat) equally troubling item - i.e. "Where the hell did I put my car keys?"

How's that? You say this has happened to you? Raise your hand if you've ever barreled into a room, full speed ahead only to suddenly have no clue why you went there in the first place. Yep, me too. Hands down now. What can we do?

Fret not! This is the stuff of humanness at its most perfectly imperfect. Oscar Wilde said, "Memory is the diary that we all carry about with us." Thing of it is - sometimes we don't have a pen handy. Sometimes the pages get so yellowed and faded it's hard to read the words. Sometimes the images are too blurry or obscure to make them out with any certainty. Therein, my friends, lies the unfortunate fly in the ointment. So take pictures, take notes and take heart. Enjoy and appreciate that which you can easily recall. Conjure your precious past at will and treat it kindly. And never for one minute assume that Memory is yours to keep forever.

Now where was I? Ah yes! The weary-eyed writer. All at once it seems her Muse-inspired plot hole has gone missing in the light of day...well, the writer will learn. She will start sleeping with a notepad on the nightstand - just in case. Kind of like insurance, minus that smart-mouthed gecko.

Carry on. If you can remember what it is you were going to do next ;)