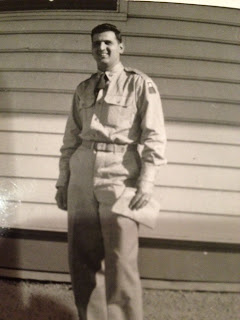 The year was 1957. A 23-year-old young man had just been called to duty, to serve his country as a soldier in the U.S. Army. As fate would have it (or particularly bad-timing) he had also just become engaged to be married to a lovely girl he felt very fortunate to have. Isn't that the way it often goes in life? A body gets torn in more than one direction, rendering a jagged split down the center of a perfectly good heart. This newly-appointed soldier found his sentiments just would not keep still. He needed to find some way to express himself while being away from the girl he loved, a way to start to heal from the inside out. What better plan than to take pen to page? And so he did. Below is a copy of a portion of a letter he wrote and forwarded to the love of his life. So touched was she, that she kept it safe for years and years to come, through a marriage, two children, four grandchildren and a happily-ever after they went on to share. 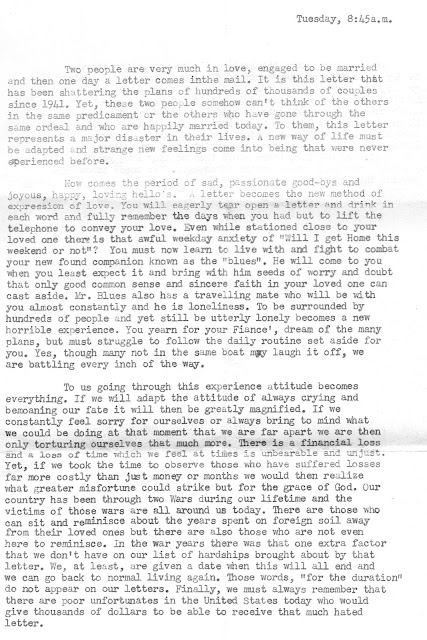 The author of this letter is my father. (Hope you don't mind my sharing a bit of it, Dad! By the by - you looked quite dashing in your uniform :) When Mom showed me this note she said, "You see? The writing thing - it runs in the family." Yes, as the saying goes, "Apple trees make little apples." The urge to write is a gene, it's part of our creative DNA. I'm so very grateful for that. Perhaps I'll  pass it on, to one of my kids. Perhaps I already have.
Posted by Louise at 9:15 AM